On Thursday, Boxgrove attended another round of fixtures in the football league at Sporting Club Thamesmead. Recently, the boys have been doing extremely well and have only lost one fixture this academic year. This week, the boys finally defeated their rivals, beating De Lucy 1-0 in a very close match. In the second match, the boys beat Alex McLeod 2-0. There were some standout performances from Paul & Alain with Djibril (5LP) and Temitope (6RB) scoring the goals. If the boys win their remaining fixtures, they will be champions of the league! Good luck boys! 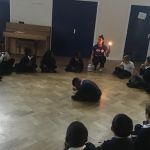 On Friday, the Year 2 children had a workshop for Florence Nightingale. During this, they participated in games, role play and storytelling activities. The children had lots of funs and were engaged throughout. 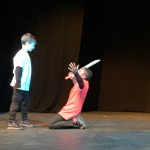 On Monday night, Year 5 and Year 6 had the fantastic opportunity of performing at the Greenwich Theatre. During the last half term, the two casts worked tirelessly to put together a great show. Their hard work paid off and their acting was simply amazing, as the crowd gave both performances a huge ovation. Hopefully, they do not forget us when they are performing on a west end stage in the future. 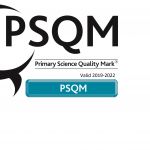 At Boxgrove Primary School, we strive to deliver the highest quality curriculum that our children deserve. As you will have seen previously, the school regularly apply for different awards on our journey to provide the best education for our children. As part of this, we have recently been awarded with the 'Primary Science Quality Mark' in recognition of the high quality learning that takes place within our science lessons across the curriculum.

Boxgrove are proud to announce that we have been awarded with the STARS Silver award by Transport for London (TfL) for our School Travel Plan. We have been working hard as a school to make a change and encourage more active, safe and sustainable travel to and from school. It has been a pleasure to engage with the wider community and influence travel behaviours. 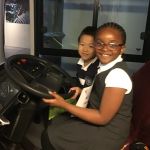 On Monday 14th October, Year 2 went on a trip to the London Transport Museum. They got to board old trains and buses and see what they were like in the past. They had a great time exploring the museum and becoming bus and train passengers for the day!

Welcome to the new school year to all our children and parents, both those returning and those joining Boxgrove for the first time. We hope you had a fantastic summer holiday and are feeling ready for the year ahead.